This article is an overview of history and activities of ACM SIGKDD India Chapter, popularly known as IKDD. The north-star vision of IKDD has been to bring together researchers, faculty, students, government and industry professionals interested in theory and applications of Artificial Intelligence (AI) generally and Machine Learning (ML) and Data Science (DS) specifically. Towards that, IKDD has been organizing two flagship events viz. (i) ACM India Joint International Conference on Data Science & Management of Data (CoDS-COMAD) since 2014 and (ii) Data Science in India event which collocates with ACM SIGKDD conference since 2015.

In 2012, as the “Data Science” community had started showing signs of steady growth in India, an idea of creating a research community spanning broader AI/ML folks was born. Early thought was to create a Special Interest Group (SIG) under the title “ICSA” where ‘SA’ was for ‘Search and Analytics’. It was soon found that in order to become a chapter of an ACM SIG, one had to inherit its name, so IKDD was founded as the India chapter of ACM SIGKDD, under ACM India, with the wholehearted support of Mathai Joseph, Anand Deshpande and Srinivas Padmanabhuni, et al., the successive ACM India presidents to date then. The first event of IKDD was neither of the two mentioned above though; rather it started with a workshop in early 2013 with support of Infosys with the assistance of Dr. Lokendra Shastri in Mysore Park. The workshop was successful in bringing the community together, with invited talks from many India-based as well as overseas researchers, and the participation of many students as well. This is where it was decided to launch a series of conferences under the banner of Conference on Data Science (CoDS). Since then CoDS has been greatly successful in bringing together the community as well as hosting eminent researchers from various parts of the world.

The first of the CoDS series of conferences happened in New Delhi in March 2014. The inaugural edition saw a number of eminent guest speakers including Pedro Domingos, Jure Leskovec, Inderjit Dhillon, Ravi Kannan and many others. To increase awareness about publishing high quality papers, CoDS introduced a session on “Premier Papers” where a selection of recent papers published in top tier international conferences such as ICML, NIPS, KDD, ACL, etc., were presented. The first edition set the stage for the conference series, both in terms of ensuring participation in the next event as well as securing multi-year support commitments from selected industry sponsors.  Next year CoDS moved to the Silicon Valley of India, Bangalore, where invited speakers included famous names such as Jeff Ulmann and Sarit Kraus. This year CoDS introduced a “Research Challenge” along the lines of “KDD Cup” where a relevant problem on reducing Bangalore traffic problem was intensely contested among about ten teams from various institutes and organizations. In 2016, CoDS moved to Pune and maintained the tradition of brining eminent speakers such as Ed Hovy and Vipin Kumar as well as dedicated tracks for student events and industrial happenings with large corporations and startups. This year the long running Conference on Management of Databases (COMAD) was co-located with CoDS and a few tracks were shared between both the conferences, including invited speakers Krithi Ramamritham and Deepak Agarwal. The next edition in IIT Madras in 2017 had Lise Getoor, Srini Parthasarathy and Soumen Chakrabarti among the eminent speakers.  COMAD continued to be collocated with CoDS where two days had common agenda between the conferences, and one day had Databases and Data Science specific agenda respectively which ran separately. Given the close synergy between the two conferences, it was decided that henceforth the two shall be organized as a joint conference. This way the Joint International Conference on Data Science & Management of Data (CoDS-COMAD) was born and the first edition happened in Goa in January 2018. Invited speakers included Anima Anandkumar, Manik Varma and Surajit Chaudhuri. This year also invited a bunch of researchers from various institutions and organizations in India to increase awareness about their research work and future directions. In 2019 the CoDS-COMAD conference happened in Kolkata and the response was overwhelming with more than 400 people registering for the conference for the first time. At one point the conference website had to carry a message that the conference was over subscribed and on-site registration also was closed. The program had eminent keynote speakers, namely, Milind Tambe, Ray Mooney, Krishna Gummadi and Subbarao Kambhampati (“Rao”).

Throughout the history of CoDS (and CoDS-COMAD) conferences, the committee has been providing generous travel and accommodation grants to aspiring students from a number of institutes. During these years, a number of Indian and multinational corporations and startups working in relevant areas also joined hands to become sponsors. This enabled them to showcase their work and products to the top research minds in the data science area as well as to attract talent.

Another annual activity undertaken by IKDD is a “Data Science in India” event collocated with the ACM SIG KDD Conference. This is the flagship conference of the SIG and has participation from all the top international groups. The goal of this event is to showcase the growth of KDD/Data Science in India. At these events, prominent researchers spoke about their latest research either from India or in collaboration with an Indian institution. The first of the events happened in Sydney in 2015, and the tradition continued in San Francisco in 2016, Halifax in 2017, London in 2018 and Anchorage in 2019. The series of events attracted KDD researchers from various parts of the world and from academia/industrial labs/startups and companies and offered a great networking opportunity. IKDD was the first national chapter of SIGKDD to do this and were duly followed by China.

CoDS-COMAD is today a looked for event by the data science community in India and IKDD is poised to engage with the community in a more sustained and meaningful way in the coming years. We look forward to building a vibrant and successful data science eco-system in India.

A chronological listing of Conference of Data Science with their Chairs
and Keynote Speakers (with their active affiliations at the time of the respective events):

Popular posts from this blog 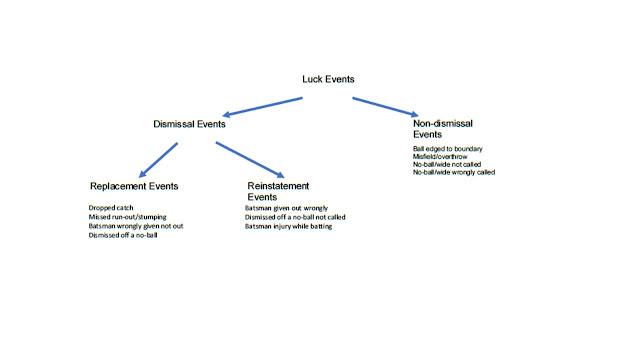 Authored by Raghunathan Rengaswamy,  IIT Madras Data Science, ML, AI are the flavors of the season all over the world and India is no exception.   Interest in these techniques is at a fever pitch; academicians and industrial practitioners alike are exploring the fundamental underpinnings and application potential of these techniques.   As a result, data science is being evaluated for implementation in all imaginable fields and sub-fields.   Sports is one such area with tremendous potential for data science applications.   While sports analytics has been around for a long time, sabermetrics being a prime example, the scale of what can be achieved now with analytics is quite stupendous.   Disparate data from various sources can be collected and analyzed towards making decisions regarding almost all aspects of any sport.   Take cricket, which is the focus of this blog, as an example.   Ball-by-ball commentary, video feed, bats that are actual IoT devices producing fascinating informa
Read more

August 15, 2019
Hi everybody! We are happy to announce the start of a new blog that will feature Data Science activities in India. These can be accessed and subscribed to at https://acm-datascience-blog.blogspot.com . The objective of the blog is to provide a platform for all those working in the area of Data Science - as researchers, educators, practitioners and policy makers to share ideas, opinions and activities undertaken across different organizations in India leading to better awareness and networking.   Everyone is invited to contribute. It may take at most a week for the blog to appear as it is moderated by a steering committee of the following members: ·          S. Sudarshan - IIT Bombay ·          Jayant Haritsa - IISc ·          B. Ravindran – IIT Madras ·          Manish Gupta – Videoken India ·          Shourya Roy - Amex ·          Anand Deshpande – Persistent Systems ·          Lipika Dey - TCS Research Some guidelines for blog posts are: ·          It
Read more

Submission Guidelines for this Blog

August 19, 2019
Interested authors please email your articles within 1000 words to datascience-blog@india.acm.org with “Contribution to Datascience Blog” as the subject. Please mention Blog Title, Author Names, Email and Affiliation of all authors clearly followed by the Blog Content Some guidelines for blog posts are: · It may feature research or entrepreneurial activities undertaken by practitioners in India.  The article should have proper references.  It should be written in simple English. It should not be rehash of technical papers or tutorials on teaching Data Science. It can be a post from organizers about upcoming innovative activities calling for wider participation by Indians ·
Read more